Over the past three decades, Tim has developed a reputation as one of Arizona’s premiere civil trial lawyers. In an era where most lawyers settle litigation without a trial, Tim is one of the few attorneys who frequently presents his client’s cases to juries in state and federal court. He is admitted to practice in all courts in Arizona and has litigated and tried cases in more than a dozen states.

Having spent more than fifteen years representing some of America’s largest corporations, Tim has devoted the latter half of his career to advocating for individuals and businesses who have suffered financial or bodily harm at the hands of others. His experience and success in high-stakes litigation defense, as well as his deep understanding of corporate defense tactics and strategies, has given him a unique advantage in the courtroom.

Tim and his cases have been the subjects of attention in both national and local news, including at The New York Times, The Wall Street Journal, CNN, FOX, MSNBC, and The Washington Post, among many others.

Tim is currently a member of the Arizona Association for Justice and the Maricopa County Bar Association. Previously, he served as a member of the Arizona Commission on Judicial Performance Review and the state bar’s Disciplinary Committee. At the invitation of various legal associations, Tim has also taught as an instructor at continuing legal education (CLE) seminars on the subjects of product liability, negligence and tort law, trial practice, constitutional claims against government entities, and election law.

Tim has served as General Counsel to the Arizona Republican Party, a member of Bishop Olmsted’s Finance Council for the Diocese of Phoenix, and as a member of the Pastoral Council for his local Catholic parish. He has also served in various board or volunteer positions with local charities, including Esperanca, the Society of St. Vincent de Paul (SVdP), Arizona Right to Life, and Central Arizona Shelter Services (CASS).

Born in Iowa City, Iowa, Tim is a lifelong resident of the Phoenix metro area. A successful athlete from McClintock High School in Tempe, Tim attended Arizona State University on a football scholarship. After graduating with a degree in business management, he pursued his law degree at Drake University Law School. He then earned membership on the Drake Law Review and National Moot Court Team, graduating with honors in 1990.

In his free time, Tim enjoys spending time with his family, hiking, biking, traveling and reading biographies and histories.

Named a “Super Lawyer” since 2017, Tim is a member of the National Trial Lawyers Top 100, an invitation-only group of prominent trial lawyers from each state or region. In addition to being named by Arizona Attorney Magazine as a “Significant Verdict Winner” Tim appears on national and local lists of top lawyers, including “Arizona’s Finest Lawyers” and “Top Rated Lawyers in Health Care.” Through Martindale’s review system, Tim’s peers have ranked his legal skill abilities and ethical standards “AV Preeminent,” meaning that he meets “the highest levels of professional excellence.” 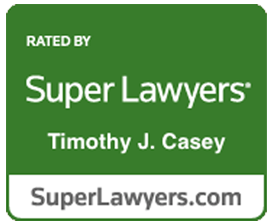 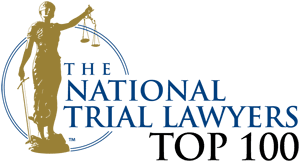